27 Jun 2016 Boris Baňas is a successful trader with hemp foods and a leading expert on industrial hemp processing and use in Slovakia. He became a member of the board of the European Industrial Hemp Association (EIHA) at the beginning of June. We asked him what his appointment to the position of this prominent institution might bring to the sector. 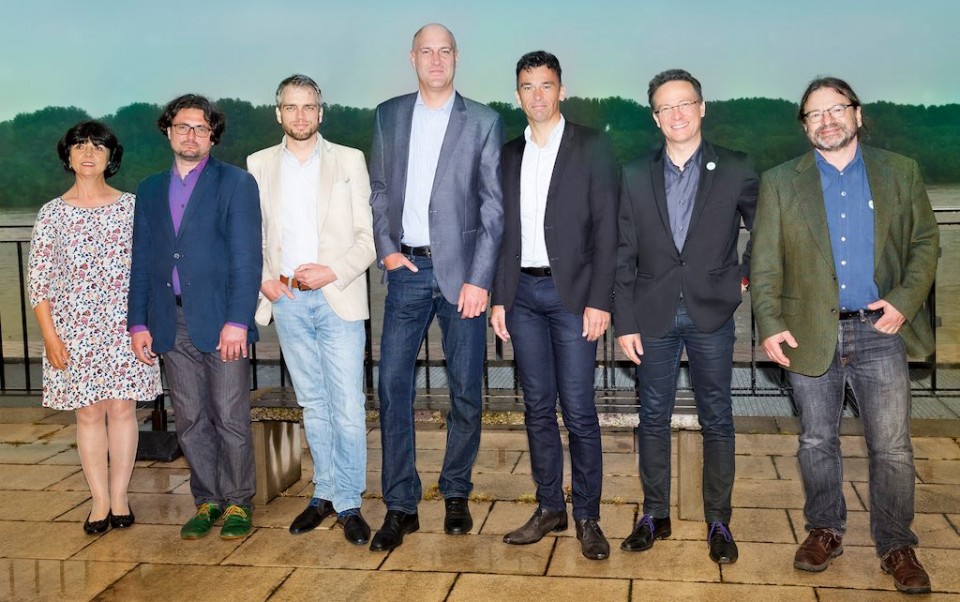 What importance does your appointment to a member of the EIHA board bear in terms of professional credibility?

The EIHA associates the most notable business entities in the segment of industrial hemp in Europe. It has been already ten years that the commercial company I work at became the EIHA member. Since 2009, I have been doing business in this area almost exclusively. Throughout this period, I have gained a vital experience in the area of processing and marketing, but mostly the knowledge of complex legal frameworks. Also, I am an active contributor to the professional discussion dealing with different topics and my proposals have been incorporated into several documents. I was nominated by another member of the board at the last general meeting, outvoting my “competitor” with 90 % of all votes.

Considering the wide spread, volume or potential of the sector related to industrial hemp in Europe, what is the EIHA’s influence and indirectly, what is the influence of you alone?

Perhaps the most significant success of my predecessors was the lobbying work regarding the changes of a common organization of market with flax and hemp fiber. Several-year subsidies of hemp fiber processors, in fact, enabled the formation and prosperity of the sector. Our lobbying activities enabled the hemp enlistment into the greening system at national levels. Our association is an advisory member of CONTAM, the European panel for contaminants in food and animal feed – this is the section where I am active. One of the important topics is, for instance, setting the THC limits in hemp food.The board has seven members, so my position has a power of 14 %. (Laughing).

What does the EIHA’s partnership with the European Commission look like in particular; what is the basis of the policies in the development of which you participate?

The CONTAM panel is a professional body of the European Food Safety Agency (EFSA). Our association is an official advisory member in the project of THC acceptation as a recognized plant toxin based on scientific arguments. The goal is to make such a legal framework, i.e. acceptable limits of THC traces in food products that would guarantee food safety for the state supervisory bodies and consumers as well as legal security for hemp seed processors. At the moment, there is a debate on the level of The Directorate-General for Health and Food Safety (DG Health) and competent officers are open towards our arguments. Our common goal is to have DG Health issue a recommendation for all the EU member states this year.

Is there any aim in all of your legislation, analytical and commenting activities?

I guess the main topic is to make an agreement on the security factor and as a result, on an acceptable daily THC intake per kilogram of body weight per day. We use the same methodology that is applied on the other contaminants, e.g. heavy metals or pesticides or traces of opium alkaloids in poppy seeds.

It is not hard to understand that the lack of THC limits for food will harm the whole European hemp market. Are you also working on anything else?

We are beginning to prepare the so-called “position paper” regarding THC limits in the allowed hemp varieties to the level from before 2009, i.e. from 0.2 % to 0.3 % of THC in the upper third part of the plant. At the moment, all the hemp varieties listed in the Common Catalogue must meet the 0.2 % limit.

The goal of this change is to keep the competitiveness mostly against Canadian hemp seed producers, whose varieties have exceptional qualities in terms of nutritional profile as well as per hectare yield.

Why is it important to negotiate about one tenth of percent?

Lowering the limit by one tenth of percent in 2009 was more than anything a protection move of certain interest groups with a view to prevent the registration of new progressive varieties. It did not have anything in common with a scientifically derived taxonomy of Cannabis sativa L. and its division into a technical and narcotic type.

The next project is clearing up a situation with respect to legislation of food of a new type, mainly in relation to hemp extracts and Cannabidiol (CBD) extracted from the green parts of a plant. This segment has a huge market potential, whether in the food industry, e.g. as a possible substitution of a hop extract in beer brewing or in the segment of food supplements, in cosmetics and, potentially, in the plant-based treatment or medicine. We see that some member states at national levels may even have contradictory opinions. While the Czech Republic and Lithuania do not consider hemp extracts a Novel Food, the opinion of Austria is directly contrary. The State Health Institute of the Czech Republic actually announced that “Cannabis sativa belongs to the traditional plant components of food supplements.”

It is the Slovak legislation which clearly does not catch up with the trends in Europe, mistakenly considering Cannabidiol a psychotropic substance, which harms the business environment as well as the development of products that might help people. Similarly, the area of hemp industry lacks infrastructure, strategy or the state support. How can your role on the new position affect the course of events in Slovakia?

The impacts might be secondary. If we succeed to enforce the suggested recommendation for the tolerance of THC content in food products, it will create a possibility for the Slovak food supervisory bodies to get the hemp foods out of the grey zone where it is together with poppy, for the absence of national rules. We are dealing with the issue of Cannabidiol exemption from the list of psychotropic substances solely at a national level and my activities in EIHA do not concern this. Due to the approach of Slovakia, Czech CBD traders filed a complaint with the European Commission. The complaints were included to the EU Pilot project that resolves disputes regarding the violations of the single market rules. They claim that the Slovak Republic, by including Cannabidiol into a list of psychotropic substances beyond the UN conventions, prevents the free movement of goods in the EU.

Does EIHA have a direct influence on using marihuana and CBD for medical purposes?

No, this is a totally different segment. Industrial hemp is not used in the symptomatic treatment. Production of cannabis for medical applications require the use of special varieties rich in other cannabinoids which are grown under standardized conditions in closed premises. Production and sale of cannabis is a licensed process organized by the agencies of individual ministries of health care. The worldwide number of countries that use the possibilities provided by the UN Single Convention of 1961 enabling their citizens an access to this wonderful natural medicine on medical prescription. Just like nobody objects the medical use of alkaloids of opium and cocaine, there is no reason to hamper the use of cannabis.

How do you see the development of hemp industry ranging from growers, processors to a consumer in Europe?

If we take the example from Canada and visible inter-annual growth of consumer demand, I see the potential of several-fold increase of hemp cultivation areas. Europe could get from the present 25,000 hectares to 100,000 hectares in the horizon of 2030.